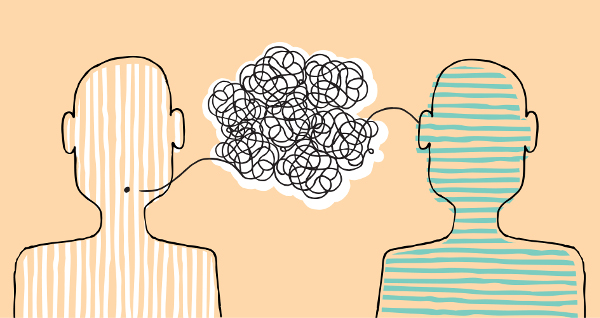 In this TED Talk, the presenter tells us how important listening is. In our world we are not listening enough to our pairs. We are focused, concentrated, deconcetrated, multi-tasking all the time. But the consequence of that is misunderstanding, which can lead to violence and pain.
Recently I felt frustrated because I wanted to tell someone what I was thinking about something he did. My aim was to help him to improve but he was not really listening … even if he was saying « yes, yes, yes ». I felt bad afterwards and in the end I was almost angry of not being listened to. So in this little life experience, I felt how it is important to give your attention to others.
In the following talk, you’ll receive 5 little exercises to improve your ability to listen. Starting from now, I’ll try to apply them ! If you wish to join the effort, I added the list of exercises on the bottom of this articles.

The agile methodology is used as a project management methodology. It comes from the software development world and it aims to work in a « release soon and release often » style. The idea is to work constantly in perfect communication with the stakeholders of the project even though they are not developers themselves.
I’m working in an agile style for several years now and I keep thinking this is a good way of working. The development team keeps focused on the main features and the project owner have always a good vision of where the development goes and how fast it can go.
This is a short video explaining the main concepts of the agile methodology for software development.

This is very true. We should re-learn to focus. Distraction is more and more present in our lives and we pay less attention to one another.
And the question regarding our children in ten years is really true. We have to be conscious of this to slow them down and concentrate to what really matters most !

This video almost make me reconsider my wish to have a house in the countryside. It is true that living in cities is the future and that one should think about it for many reasons : energy, economy, health, environment, …
But still, in Belgium the cities are not walkable cities at all. I don’t feel good in this cities. Even biking in Brussels is really dangerous because everything is adapted for cars only.
Our politics should really think about making our belgian cities more pedestrian-oriented. I’m sure this would help me (and a lot of other people) to feel better in our cities (country).

I started slacklining in 2007 … I still like it and I practice it sometimes in Louvain-La-Neuve during my lunch time.

The husband of my cousin, Danny Lee with other African celebrities came together in a song to remind Heads of State of the commitments they made to farmers and pastoralists.
Called « Where is our 10% », to ask African governements to respect their engagements took 10 years earlier in Maputo (Mozambique) to dedicate 10% of their budget to argiculture. The sond features several celebrities as 2Face Idibia, Lami Phillips, Sound Sultan (Nigeria), Baba Maal , Daara J Family (Sénégal), Ceepee (Mauritanie), Danny Lee (Nigeria) and Smarty (Burkina Faso).

In July 2003, the governments of the 53 member countries of the African Union (AU) signed the Maputo Protocol, committing to allocate at least 10% of their national budgets to agriculture, later in 2008. « Ten years later, the situation is bitter! Only eight out of 53 African countries have reached their goal, » according to a statement received Ouestafnews.
« Six out of the eight countries are in West Africa, » the source said quoting the organizers of the « Growing » campaign, which calls for respect for this commitment. The eight countries are Burkina Faso, Guinea, Mali, Niger, Malawi, Ethiopia and Senegal, which reached the symbolic threshold of 10%.

J’aime pas Noël is a little song composed by PVNova and Cyprien.

Actually I’m a big fan of what PVNova does. He has a real talent to compose music and to share it by video !! If you don’t know him yet, you should discover him.

Could math become art and vice-versa? Actually yes, and this is what we can see in the following video ! Mathematical constraints can help create beautiful music. Two minutes in you’ll hear Vi Hart’s « self referential string quartet » in which each instrument plays its own name – using the binary representation of the ASCII value of each letter. And she goes from there, in one of the most inventive Gel talks ever.

Vi Hart at Gel 2011 from Gel Conference on Vimeo.